Welcome to the BMR Garage Sale

Proceeds go to the non-profit SaveSarajevo 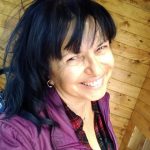 Sarajevo, city where I was born and raised, the capital of Bosnia and Herzegovina: developed as a Turkish town in the 15th century; capital of the Turkish and Austro-Hungarian administrations in 1850 and 1878 respectively; scene of the assassination of Archduke Franz Ferdinand in 1914, precipitating World War I; besieged by Bosnian Serbs (1992–95).

I became a refugee in 1994 and after living in few countries, my family and I found home in USA. After all these years, we who survived the hell of war will never escape the memories of a city under siege. We can’t erase all bad memories, but we can help to heel. This is how I come up with SaveSarajevo Non-Profit Organization to help Citizens of Sarajevo on very unique way.

In partnership with Boulder Mountain Repair, we are uniquely capable of accepting used outdoor jackets and gear that may be in need of repair, washing and fixing them as needed at our BMR and Sarajevo location, then distributing to the deserving people of Sarajevo.

We also will be selling the repaired gear on BMR Garage Sale E-Commerce site and all proceeds will go to SaveSarajevo.